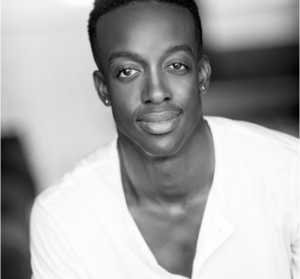 Will B. Bell began his formal training starting with the dance competition circuit at the age of 15 in the Baltimore area. After high school, Will attended Towson University as a finalist for the “Maryland Distinguished Scholar for Talent in the Arts” scholarship. Here, Will received his Bachelor of Fine Arts degree in Dance Performance while concentrating in K-12 Education. During his collegiate years, Will had the opportunity to train in prestigious summer programs, such as the Ailey School located in New York and the Lines Ballet School located in San Francisco, CA. During his training at Towson University, he studied heavily and worked under Linda Denise Fisher Harrell (former Ailey principal dancer), Vin- cent Thomas (VT Dance Director) and Runqiao Du (Former Washington Ballet principal dancer) just to a name a few. Right after college, Will moved to Los Angeles, CA to pursue his career in commercial dance where he has worked with television and movie choreographers such as Michael Rooney, Ryan Heffing- ton, Kitty McNamee, Keith Young, Denise Faye, Melanie Williams, Tony Gonzalez, Michael Rooney and more. Through these choreographers, he has worked with and on ABC’s General hospital, Sci Fi’s Face Off, Hugh Jackman, a music video with Arcade Fire’s Will Butler featuring Oscar winner Emma Stone, and an AT&T commercial just to name a few. He has also performed in productions with the Los Angeles Philharmonic Orchestra at the historic Walt Disney Concert Hall.

Over the past few years, some of Bell’s choreographic contemporary ballet work has gone viral and has been recognized internationally on many major platforms. His work has been featured in presti- gious magazines such as Elle Magazine, Huffington Post, and Nylon Magazine. Some of his work has been set at Collegiate institutions such as Towson University, AMDA College, and The Studio School, formerly known as the Relativity School. Will had the opportunity for a few years, performing with Ja- panese pop icon, Koichi Domoto, in “Endless Shock,” the musical, in Tokyo. He was also seen dancing and acting in “Hairspray Live” on NBC along side stars like Derek Hough, Ariana Grande, and Jennifer Hudson.

Will had the opportunity of performing in Beijing and Scotland, in a production called Apologue 2047, directed by iconic Chinese movie director Zhang Yimou and choreographed by international chore- ographers Lisa Keegan and Emma Seward. A show about the endless possibilities of what happens when dance meets technology. Recently, his contemporary ballet work was featured in Son Of A Bishop’s music video “Love Left Me Lonely”. Currently, Will is on faculty at Millennium Dance Complex and is teach-ing at Edge Performing Arts Center, IAF Compound, Movement Lifestyle, and traveling internationally teaching jazz, contemporary, contemporary ballet, and modern.