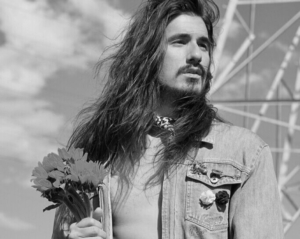 His professional choreographic career took off with the success of his company Fanny Pak on MTV’s America’s Best Dance Crew, where he met supervising choreographers Tabitha and Napoleon Dumo, whom gave him his first taste at choreographing for a touring show with ABDC Live, which Fanny Pak starred.

Matt went on to contribute choreography under Chonique Sneed and Lisette Bustamante for Ricky Martin’s World Tour and Britney Spears’ Femme Fatal Tour, which is where he first met tour director Jamie King, whom he would work under years later on Madonna’s tours.

Continuing in the cinematic world, Pepsi sponsored a short film through USC which Matt choreographed called “Beth Hooper and the Super Awesome Dance Battle That Saved the World!”

Most recently Matt and Meg were commissioned to create dance works for Ariana Grande’s Dangerous Woman Tour, Ricky Martin’s All In Vegas Residency, brotherly duo Mak + Val from Dancing With the Stars for their touring show Our Way, and Katy Perry’s Bon Appetite music video.

Matt’s ability to materialize an intention and translate his movement across such a spectrum has made him a sought after collaborator and dance instructor, having worked on several American and international dance conventions as well as in studio workshops.