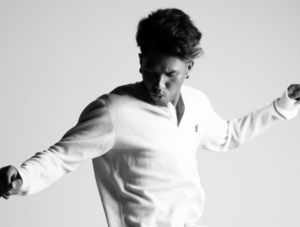 Originally from the beautiful island of Hawaii, Mark Villaver started out as a break-dancer and through various inspirations from other local dancers, started training in other styles of dance. In 2012, he moved to Los Angeles to pursue a professional dance career which started out with a performance at the season 11 finale of American Idol and then later worked for an entire season of The X-Factor. His unique style and physicality has led him to performing with world-known artists, Ariana Grande and Ricky Martin, at various live broadcasted award shows such as the Video Music Awards, The Billboard Latin Music Awards, American Billboard Awards, The Grammy Awards, and The Brit Awards. Other televised performances include, America’s Got Talent, iHeart Radio, Good Morning America and The Ellen DeGeneres Show. One of the greatest milestone in his career was going on two world tours with the iconic pop-artist, Taylor Swift, on “The Red Tour” and “The 1989 Tour”, which allowed him to expand his artistry in different parts of the world. With his undeniable talent, he was recruited to be the newest member of Quest Crew, an Emmy award winning and two-time champion of America’s Best Dance Crew, and then was later chosen to be one of the top 10 dancers on the season 14 of FOX’s hit show, So You Think You Can Dance. Throughout his career he has worked for many known choreographers in the industry such as, Tyce Diorio, Jamie King, Tony Testa, Galen Hooks, Kione & Mari, Wade Robson, Christopher Scott, and Luther Brown. With all his experiences, along with his passion for growth, he plans to continue to expand his artistry and expression far beyond where the shores can take him.